"Even now, my heart is still in the plains." Introducing one of Fire Emblem's most iconic ladies in the beautiful maiden, Lyn by INTELLIGENT SYSTEMS! She's filled with fan-service for fans of the series from head to foot and has even been designed in this new pose by original character designer, Wada Sachiko. Now, the long wait to her November 2021 release begins!

"Even now, my heart is still in the plains."

From the Fire Emblem series comes a brand new figure made by the developer of the
series, INTELLIGENT SYSTEMS!
Lyn, one of the main characters of "Fire Emblem: The Blazing Blade", has been brought
to life as a 1/7th scale figure.
Based on a special illustration by Sachiko Wada, an illustrator who worked on "The
Blazing Blade", the figure features Lyn in dancing on the open plains in a gentle
breeze. Everything from her long ponytail to her clothes and equipment has been
captured in stunning detail. Be sure to add her to your collection.

With co-operation by Ecto-1

If you have an MGW Membership, you have access to a premium version of our impressions of Lyn.

Hello, I'm pleased to announce that our subject today will be Lyn from Fire Emblem! She's been manufactured by INTELLIGENT SYSTEMS themselves. You might have seen her at WonFes Shanghai not too long ago. It was surprising seeing anyone from Fire Emblem, especially her. Not only was the surprise lovely, but her resulting figure is as well. We have oodles of the other kind of fan-service. Wada Sachiko, the character designer for Lyn's debut "Fire Emblem: The Blazing Blade," has designed her in this original pose for the figure. Before we begin, let's have a look at the illustration. 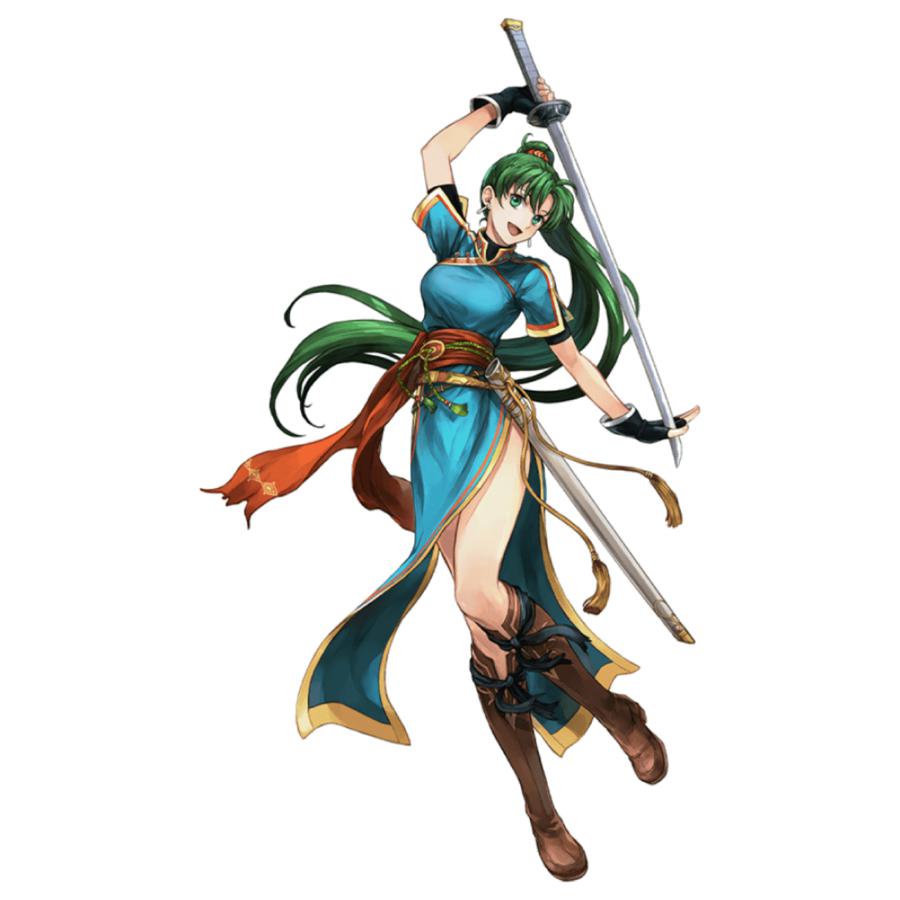 It looks very nice with clean colors and a nostalgic style. Considering how nice it looks, it's kind of a bummer that there's no mention of an illustrated bonus. Maybe they'll use it for additional merchandise like a B2 tapestry. Anyway, since it sets the tone, we're going to start with her pose today.

Lyn's pose, as mentioned, is based on an original design. The official product description has it that she's dancing. She comes across as jumping or skipping if you'd ask me. There's nothing wrong with simple standing poses, but the way her outfit moves together here is tough to beat. That's also not to say that it's excessively dynamic either. Her dress is relatively light on motion, with it really only appearing in the lower parts. She has a lively presence with her hair fluttering about, which is one of her more appealing areas. The accessories and tassels in her outfit also provide a sense of motion in addition to her swaying ponytail.

Thank you for reading this excerpt of our impressions of Lyn. The complete version is available with an MGW Membership.
Impressions: Lyn by INTELLIGENT SYSTEMS

Distributors for Lyn by INTELLIGENT SYSTEMS